John Smith’s Map of Virginia and Its Derivatives 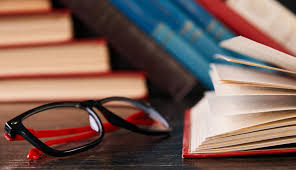 In 1607 English colonists landed at Jamestown Island with orders from the Virginia Company to mine for gold, search for survivors from the ill-fated Roanoke Colony, and explore the surrounding countryside. Captain John Smith and a small party of colonists spent several weeks exploring and mapping the Chesapeake Bay and its adjacent rivers and waterways. He interacted with Indigenous groups and toured the Chesapeake and Nansemond regions.

In November 1608, Smith sent several documents to England, including a “Mappe of the bayes and rivers.” In 1612, Smith published a pamphlet, A Map of Virginia. His map, Virginia / Discovered and Discribed, was published to accompany the pamphlet. Smith’s Virginia was the most accurate and detailed map of the Chesapeake Bay and the Atlantic coastline produced in Europe until 1673. It was the basic source for virtually all printed maps of Virginia for more than sixty years and is considered to be one of the most significant maps of colonial America ever published.